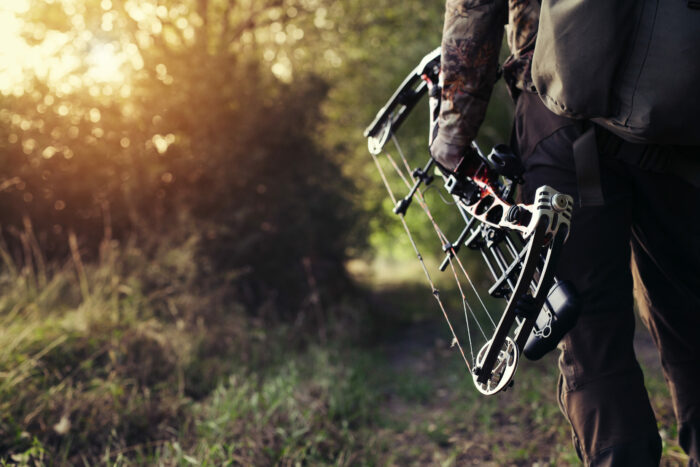 With the hunting season approaching, bow hunters are staking out their next destination. But where’s the best place to hunt where guns don’t tread? Luckily, the geographically-diverse United States offers a different hunting experience depending on where you are. Each region has different terrains and wildlife to explore, all with pros and cons.

To find the best spots, you will want to consider things like wildlife population versus the number of hunting licenses to determine the hunter-to-game ratio. Other factors to consider include the license cost, amount of public land, and length of hunting season.

There are millions of acres of land available for hunting in the United States. Nearly every state has excellent options for bow hunters. We highlight a few of the best places to bow hunt in each region of the country below.

Bow Hunting in the Midwest

The Midwest boasts a large game population and large amounts of open, public land. States like Illinois, Iowa, Wisconsin, Missouri, and Kansas are some of the best spots for deer hunting.

Missouri and Wisconsin have some of the largest deer populations in the country, but also issue a large number of hunting licenses each year. If you’re looking for less pressure, states like Indiana and Ohio may be better.

What Can You Hunt in the Midwest

The central region of the country is a hot spot for large whitetail deer. Beyond that, turkeys are another popular option for bow hunters. For the more advanced, you can also find harder targets such as coyotes and squirrels.

Bow Hunting in the West

The western United States is a popular hunting destination because of the variety of game and amount of public land. The majority of residents of states like Wyoming, Montana, and Idaho hold hunting licenses, likely as a result of over half the total area being public land. Because of this, bow hunters frequently seek out these areas.

What Can You Hunt in the West

Deer are in fewer numbers in the west, but are still commonly hunted. The west also offers opportunities to find elk, moose, antelope, bighorn sheep, black bears, and turkey.

Bow Hunting in the East

Although there’s far less public land, states like Pennsylvania, West Virginia, and Maryland are popular hunting spots among locals. With inexpensive licenses and a large population of dedicated hunters, you will never be short of a hunting partner in these states.

What Can You Hunt in the East

The Appalachian region is an underrated spot for deer and elk hunting, but also features a large black bear population for experienced hunters. These areas are also popular for small game like turkeys and pheasants.

Bow Hunting in the South

The southern United States guarantees a lot of prime hunting conditions. The southern states overall deal with some of the best hunter-to-game ratios in the country. For those who wish to hunt during off-season times, Florida has no competition in the length of its hunting season. If you’re looking for success, the south generally yields your best odds to walk home with a kill.

What Can You Hunt in the South

States like Mississippi, Texas, and Oklahoma produce some of the largest-sized bucks in the country, while Georgia is home to a large deer population. You may also encounter mule deer and even alligators.

Bow Hunting in the North

If you’re not afraid of more extreme weather conditions, the northern states promise a chance for a successful hunting trip. Just ask Michigan, they have one of the top buck harvesting rates in the country. Large states like Minnesota and Wisconsin also have large amounts of public land popular for deer hunting.

What Can You Hunt in the North

Michigan and Wisconsin have a larger number of deer per square mile than most states. North and South Dakota are known more for bird hunting for turkey and pheasant.

There’s no question bow hunting is more difficult than hunting with a rifle. Such an experience calls for unique hunting circumstances as well. Competition with other hunters always affects the quality of the hunting area. Your odds of success will be much greater if you find areas reserved for bow hunting only, or states with bow hunting only seasons.

If you’re new to bow hunting or wanting to change your weapon of choice, there are many reasons some prefer the bow to a rifle to consider. Here are just a few:

Where to Get Your Gear

Are you new to bow hunting? Looking for a new hunting getaway? You’re going to need a few things. Get the right gear you need, manufactured by a team of bow hunters at Specialty Archery. View our products, or get more information on our top products. We supply patented gear you won’t find anywhere else!

We are all experienced with bows here. If you’re not sure what you need, reach out today! Since we’re always up to date with the market, we’re constantly creating innovative products with insightful design.